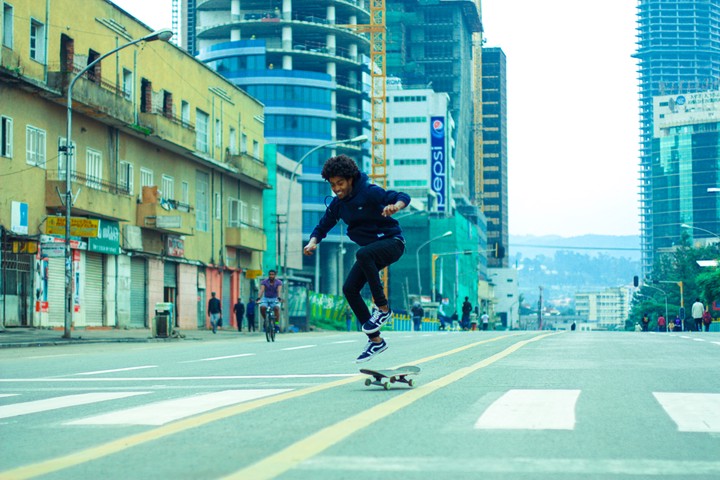 Despite evolving evidence that Africa is experiencing urbanisation in a different way, empirical evaluations of the welfare implications of urban-development programs in Africa remain scant. We investigate the welfare implications of recent urbanisation processes in Ethiopia using household-level longitudinal data and satellite-based nightlight intensity. We also examine the impact of urban growth on the composition of household consumption and welfare. We employ temporal and spatial variations in nightlight intensity to capture urban expansion and growth. Controlling for time-invariant unobserved heterogeneity across individuals and localities, we find that urbanisation, as measured by nightlight intensity, is associated with significant welfare improvement. We find that tripling existing average nightlight intensity in a village is associated with a 42–46% improvement in household welfare. Urbanisation is also associated with a significant increase in the share of non-food consumption, which is a good measure of overall welfare and poverty. In addition, we find significant heterogeneity in urban expansion across major towns and small towns. Urban expansion in rural areas and small towns appears more impactful than similar expansion in major cities. Finally, quantile regression results suggest that better-off households are likely to benefit more from urban expansion, which may translate into higher inequality across households or communities. Our results can inform public policy debates on the consequences and implications of urban expansion in Africa.