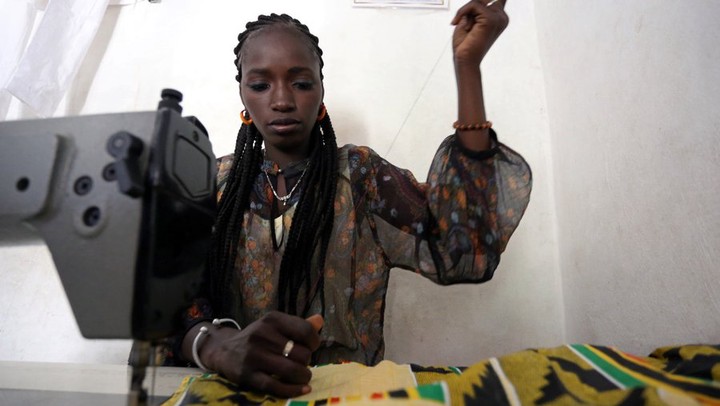 Differing levels of economic advancement, social stigma, and religion all govern norms on whether a woman should be in the labor market, her occupation, and compensation. While progress had been made in gender equality in global labor markets thanks to economic and social advancement, gender inclusivness is lagging in Africa due to high poverty and gender discrimination.

Notably, the relationship between female labor force participation (FLFP) rate and economic development is “u-shaped” Figure (1). (Goldin 1994). At an extremely low level of income, where most African countries fall, women must work at the family farm or in household enterprises. As the economy advances and family income increases, the family “buys” back women’s (wives’) time for home production, such as care for children and the elderly. The exclusion of women from manual jobs, such as manufacturing and agriculture, due to social stigma as well as discrimination also contribute to the decline in the FLFP. It is only at a higher level of income and women’s education that we start to see closing gender gaps in labor markets.

Empowering women in the informal sector

In developing countries, including in Africa, 75 to 90 percent of non-agricultural employment is informal and low-paid work in which women are three times more likely to be employed as contributing family workers than their male counterparts—meaning women are often unpaid and vulnerable for exploitation. (Bonnet, Vanek, and Chen 2019). In this case, the policy priority should concentrate on gender equality in pay and protecting women from exploitation in the short term and on enabling women to become independent and successful entrepreneurs in the long term.

Given that nine out of 10 employed women in sub-Saharan Africa are in the informal sector, policies should encourage more women to enter the formal sector, targeting constraints more acutely felt by women, including low skill and education levels as well as lack of access to finance. Additionally, facilitating forward linkages of women-owned informal enterprises with the formal sector, reducing costs of formalization through tax incentives and the elimination of registration fees, improving access to finance through microfinance, and lowering collateral requirements could empower female entrepreneurs.

In countries on the decline and in the “middle dip” portion of the FLFP curve, the priority should be to achieve full and equitable participation of women in the labor market. Lack of affordable care for children and the elderly are key factors, as these constraints decrease FLFP rates in developing countries by 4.8 percentage points.(ILO 2017). Policies that increase access to affordable care could thereby increase female labor force participation rates.

Gender equality in the labor market is not just a fairness issue. It is good economics.

The stigma against women in manual work is also stronger at this stage in the curve; destigmatizing women’s work in factories, construction, and mining is thus an important policy consideration. Notably, a lack of safe transportation for women to and from work is also associated with a 15.5 percentage point lower rate of FLFP in developing countries.(ILO 2017). Policymakers should improve gender-sensitive transportation systems, institute and enforce strong anti-discrimination labor laws, and work closely with religious leaders and male partners to relax restrictive gender roles.

Policies and business reforms should also address challenges faced by female entrepreneurs in the formal sector, including limited access to finance, poor governance, and lack of infrastructure. In addition, skill and financial knowledge training that targets female entrepreneurs could increase both financial success and managerial confidence. In the long term, increasing girls’ access to quality education, particularly secondary and tertiary education, could increase their relative wages, as well as heighten their chances of finding white-collar jobs or becoming successful entrepreneurs.

Had African countries with lower relative female-to-male participation rates in 2018 had the same rates as advanced countries, the continent would have gained an additional 44 million women actively participating in its labor markets. 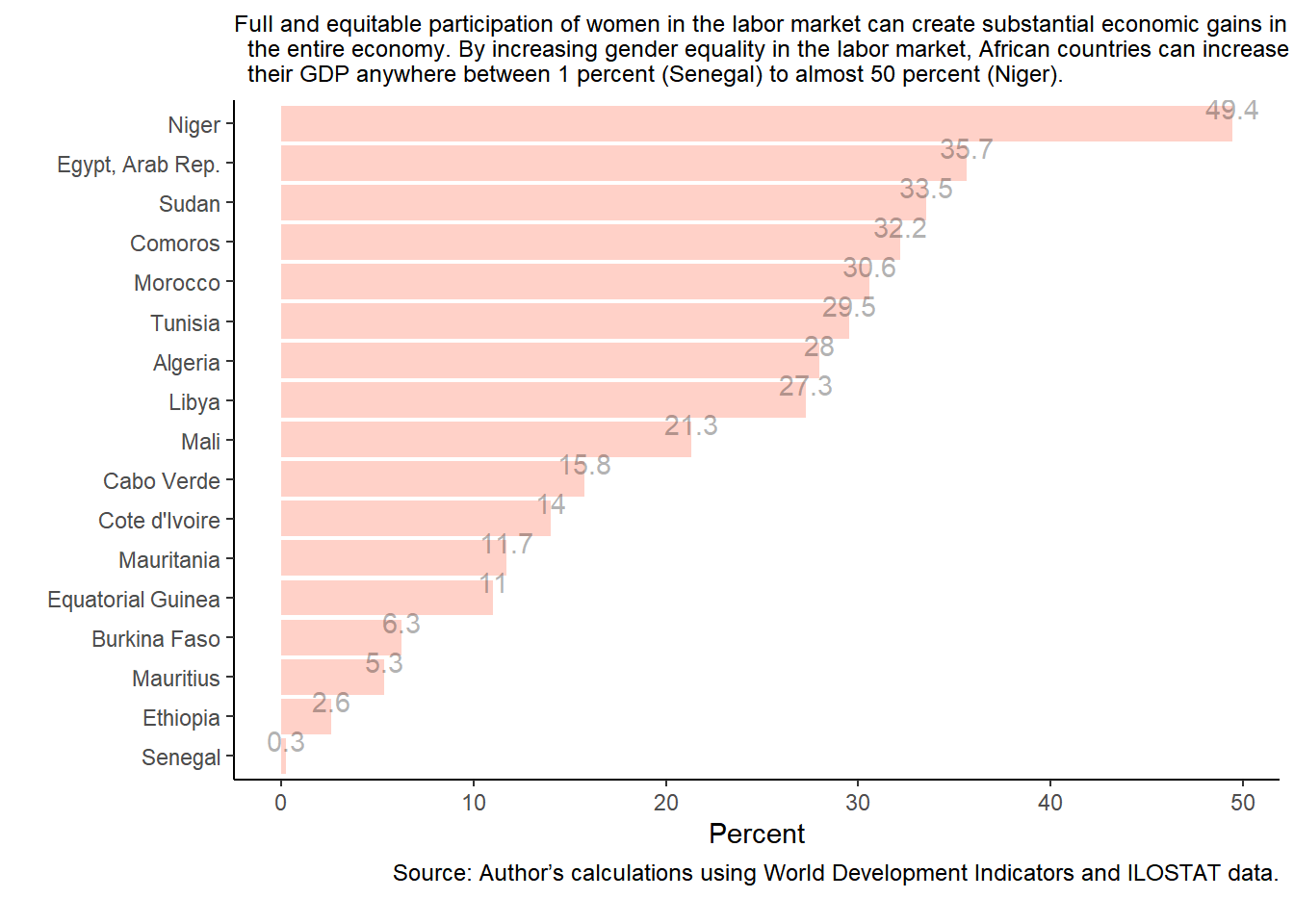 Had African countries with lower relative female-to-male participation rates in 2018 had the same rates as advanced countries, the continent would have gained an additional 44 million women actively participating in its labor markets.(Monga, Shimeles, and Woldemichael 2019). By increasing gender equality in the labor market, the gain in GDP ranges from 1 percent in Senegal to 50 percent in Niger (2).